The Rani Therapeutics team has expertise across a range of disciplines including pharmacology and physiology, protein and polymer chemistry, mechanical engineering and material science, microelectronics, sensors, software, industrial design, clinical, regulatory and manufacturing. Our leadership has worked together at InCube Labs and has deep experience in building companies and commercializing innovations.

Talat was appointed CEO in June 2021.  Talat has been a key member of Rani’s executive team, most recently serving as the company’s Vice President, Strategy since 2014. In addition to his role at Rani, Talat has been a venture capitalist with several healthcare-focused Silicon Valley funds, including InCube Ventures, LP, and VentureHealth. Previously, he also served as Chief Executive Officer of Venture Web Partners, a web application development firm.  He earned a B.A. in Computer Science from the University of California, Santa Cruz.

Mir Imran is a prolific healthcare innovator and entrepreneur who has been developing and commercializing breakthrough medical innovations for more than 40 years. Since 1995, Mir’s innovations have been developed at his life science R&D lab and incubator, InCube Labs. As an entrepreneur, Mir has founded more than 20 life sciences companies; 15 of his companies have seen “liquidity events” (IPO/Acquisition). Mir now holds more than 400 issued patents and is perhaps most well-known for his pioneering contributions to the first FDA-approved Automatic Implantable Cardioverter Defibrillator.  Mir has received a number of industry accolades for his work including being named one of the most inspiring people in life sciences (PharmaVoice) and one of the “Top 50 Medical Device Inventors of All Time” (QMed). Mir has also been recognized as a fellow for both the National Academy of Inventors (NAI) and the National Academy of Engineering (NAE). He holds an M.S. in bioengineering and a B.S. in electrical engineering from Rutgers. Mir also attended CMDNJ/Rutgers Medical School.

Mir Hashim has more than 30 years of pharmaceutical research and development experience, including leadership and management of a multi-laboratory, multi-group, pharmacology section. His breadth of knowledge and experience in pharmacology and physiology spans a variety of therapeutic areas including CNS, cardiovascular, gastrointestinal, anesthesia, and metabolic diseases such as diabetes and obesity. Previously, Mir spent 18 years at Glaxo Smith Kline where he most recently served as the head of Pharmacology. Mir has deep experience in drug discovery and development, international regulatory submissions, international product development, as well as in-licensing and out-licensing of drug candidates. Mir holds a B.S. in Biology and Chemistry from Osmania University, India; an M.S. in Biology from Central University of Hyderabad, India, as well as a PhD in Medicine/Pharmacology from Memorial University, St. John’s, Canada.

Svai has more than 23 years of accounting, finance and management experience in the biopharmaceutical and medical device industries for both public and private companies.  Prior to joining Rani, Svai served as executive consultant and interim CFO for pH Pharma and Intuity Medical.  Previously, Svai held the position of CFO for SFJ Pharmaceuticals, a drug development company, and CFO and Chief Accounting Officer for VIVUS, Inc., a publicly traded, commercial stage biopharmaceutical company.  Svai began his career with KPMG LLP, in its audit practice, where he earned his license as a certified public accountant.  Svai holds a BS degree with emphasis in accounting from Kansas State University.

Stephanie has more than 25 years of marketing, communications and business management experience. In her role, Stephanie is responsible for business development, including negotiations of collaborations and licensing deals. Once a deal is consummated, Stephanie also manages our pharma partnerships to ensure successful engagement, collaboration and results.  In addition to her business development role, Stephanie manages communications and marketing programs for Rani. Prior to joining InCube in 2009, Stephanie was a founder and Executive Vice President for Greenough Communications, a nationally-recognized marketing services firm, where she managed client service operations, new business and staff development.  Stephanie graduated from the College of the Holy Cross with a BA in English.

Angela’s experience in the legal field includes patent preparation and prosecution, IP strategy, litigation, M&A, trademarks, licensing and other transactions, and negotiations. Additionally, she has over fifteen years of experience in the automotive and space industries as an electronics and systems engineer and as a project leader. Angela’s degrees include a J.D. from Wayne State University Law School (cum laude, Wayne Law Review, Dean’s Scholar, Lombard Fellow, Order of the Coif), an M.S.E.E degree from the University of Michigan, and a B.S.E.E. degree from Michigan State University (Tau Beta Pi and Eta Kappa Nu honor fraternities). She is a licensed attorney in California and a registered attorney at the United States Patent and Trademark Office (USPTO).

Betsy Gutierrez has over 18 years of experience in areas of Quality Systems, Regulatory Compliance and Engineering in large organizations as well as in start-up environments. Prior to joining Rani, Betsy was the Sr. Director of Quality and Regulatory Affairs at Oraya Therapeutics.  She has also held leadership positions of increasing responsibilities at Auxogy Inc., LuMend (a J&J company) and Edwards Lifesciences. She has extensive experience in managing all aspects of the Quality Management Systems, Quality Engineering, Regulatory Compliance and Product Development support under US (FDA) and International (ISO) Regulations.  Betsy holds a Bachelor of Science degree in Industrial Engineering and an MBA from Pontificia Universidad Catolica Madre y Maestra in the Dominican Republic.

Arvinder joined InCube labs in 2016 with more than 15 years of experience in pharmaceutical research & development, project management and regulatory submissions across several therapeutic areas including, cardiovascular, metabolic diseases and PAH. Previously, Arvinder was Director of Biology in the Cardiovascular Therapeutic Area at Gilead Sciences from 2009-2015 where she led multiple drug development programs from early discovery to clinical development. Arvinder led several programs as a scientist and senior scientist from 2001-2008 at CV Therapeutics which was acquired by Gilead Sciences. Arvinder holds several patents and has authored 50 scientific papers. Arvinder hold a BS and MS in Biophysics from Panjab University, India and a PhD in Physiology from University of Manitoba, Canada.

Mohsen has more than 30 years of diverse experience in medical device automation and manufacturing.  Prior to joining Rani, Mohsen spent five years as Director, Automation Engineering at Cepheid /Danaher, a leader in diagnostics, where he played a key leadership role in scaling up manufacturing from 17M cartridges/year to 43M/year.  He also led several multi-million dollar automation projects across a global operation to satisfy increase in demand.  In addition, Mohsen spent 14 years at Affymetrix as Director of Engineering, where he was responsible for all engineering related activities including instrumentation, consumables, manufacturing equipment, process, robotics automation, sustaining and continuous improvement.  Mohsen also has years of hands-on experience in the areas of equipment design, robotics /automation, and lean manufacturing.  Mohsen received a BS in Mechanical Engineering from Fairleigh Dickinson University.

Andrew is an investor and entrepreneur with two decades of success shaping and building companies in life sciences. The co-founder of VentureHealth and InCube Ventures, his passion is biomedical innovation that dramatically improves lives.

Prior to becoming a professional investor, Andrew helped to build Operon Technologies into the world’s most successful DNA synthesis company by launching the world’s first whole-genome tools for interrogating the malaria and tuberculosis genomes. He and his partner sold that business to QIAGEN, where he became a member of the senior executive team, leading M&A. He began his career at Genentech, where he led teams in various operational and research roles.

Andrew holds a Masters of Business Administration from Harvard University and a Bachelor’s with high honors from the University of California at Berkeley.

Maulik Nanavaty is Senior Vice President and President, Neuromodulation Division for Boston Scientific and a member of its Executive Committee.

Prior to his current role, Nanavaty was President, Representative Director of Boston Scientific Japan. Previously, he was Vice President and General Manager of the Company’s Interventional Cardiology business in Japan. During his tenure, Nanavaty managed the successful expansion of Cardiology business in that country. He joined Boston Scientific in 2005 as Vice President for Corporate Strategy for Japan, where he led business transformation and increased operational efficiency.

Prior to joining Boston Scientific, Nanavaty spent 16 years working in various executive positions at Baxter International, Inc., and Baxter Japan. Nanavaty earned a Ph.D. in Pharmaceutical Sciences from the University of Illinois and a M.B.A. from the University of Chicago. Nanavaty is a member of the Board of Directors for the California Health Institute (CHI). CHI is an independent 501(c)(6) organization devoted to researching and advocating policy to forward the interests of California’s biomedical community.

Dennis (Denny) Ausiello, MD is the Director of the Center for Assessment Technology and Continuous Health (CATCH), a program he founded as a joint effort between Massachusetts General Hospital and Massachusetts Institute of Technology (MIT) physicians, scientists and engineers to provide real-time measurement and analysis of the human phenotype in wellness and disease. He previously served as Chief of Medicine at Mass General from 1996 until his retirement in 2013. In this role, he led one of the strongest departments of medicine in the country. He is a nationally recognized leader in academic medicine, having been elected to the Institute of Medicine of the National Academy of Science (1999) and the American Academy of Arts and Sciences (2003). He has written for many publications, including the New York Times and the Wall Street Journal, on various health subjects including human genetics, clinical trials, and the relationship between the academy and industry. As an internationally recognized scientist, with specific expertise in epithelial and membrane biology, ion and water channel regulation and signal transduction, Denny has served as a council member of the National Institute of Diabetes, the Digestive and Kidney Diseases Advisory Council and the National Advisory Council on Aging. He served on the Board of Directors of the Broad Institute, an independent partnership of Harvard and MIT faculty working in human genetics, as well as the Board of Directors of the nonprofit organization, Research!America, the leading advocate group for investment in biomedical research in the United States. Understanding the need for partnerships between the academy and industry, he currently serves as the Lead Director on the Board of Directors of Pfizer Pharmaceuticals, as well as on the Board of microbiome company Seres Health; TARIS, a drug-delivery company; and Alnylam, an iRNA company. He also serves as an advisor to various biotech companies and venture capital companies working in the biotech and device area. Denny is also a consultant for Verily (formerly Google Life Sciences). He holds a BA from Harvard College and an MD from the University of Pennsylvania.

Mir Imran founded InCube Labs to focus on his passion: creating medical solutions that change the standard of care in critical healthcare markets.

Mir’s passion is identifying, understanding and solving poorly or unmet clinical needs, which has led to his prolific track record of building companies.  Mir is motivated by his desire to positively impact the lives of millions of patients, and he has become one of the leading inventors and entrepreneurs in the field. Rani has the potential to be one of his greatest inventions yet. 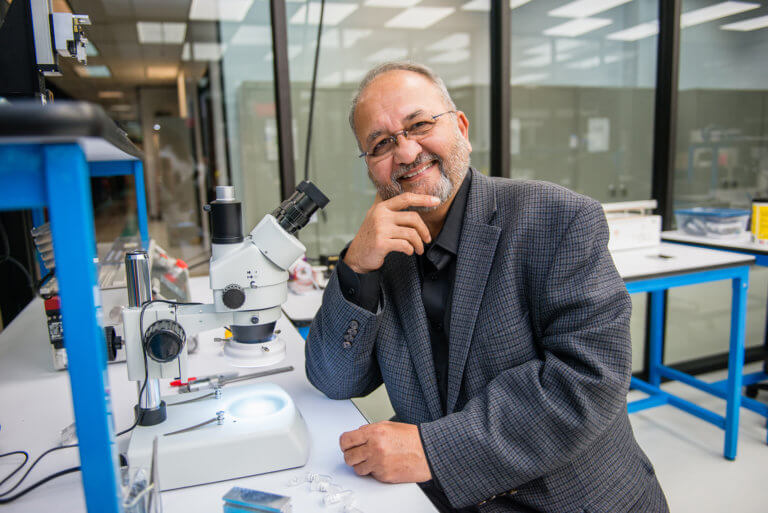 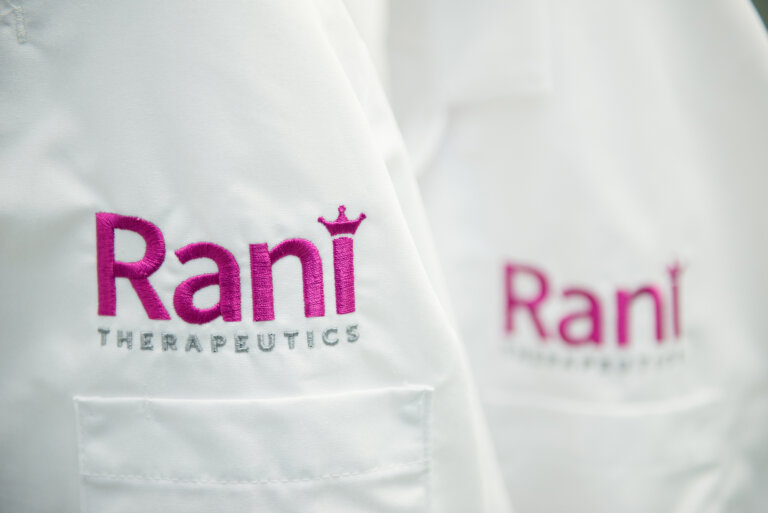 “Millions must take injections to slow the progression of their condition.  With pills, compliance is much higher than with injections which helps slow down chronic diseases.”

“I am passionate about changing healthcare and coming up with new solutions that will impact the lives of millions of patients.”

“Given the market demand and potential, it’s no wonder that there have been more than a hundred attempts and billions of dollars spent by companies to try to convert painful injections into painless pills.”